Property markets are becoming more and more unaffordable. It’s a global trend that won’t slow down as more people are concentrating in urban cities.

It’s estimated that by 2050, 68% of the worlds population will be living in urban areas. Why the increase? What’s the draw? Well, it’s simple. Urban areas provide better job opportunities and living infrastructure such as medical and educational services.

Cities are the heart of civilisation.

Now, most of you will know that I’m based in Hong Kong, home to the world’s most expensive and unaffordable real estate market. (Yes, we beat San Fransico, New York and London) Last month I had created my early retirement plan and I had conveniently left home ownership out of the equation because I honestly didn’t have any answers.

I still kinda don’t. I don’t have any answers for home ownership. I don’t know where I’ll end up when it’s time to settle down and Hong Kong is no longer worth the price for the living conditions you get in return.

Investment properties, however are something I know I will pursue and go after. The reason is because real estate is one of the best forms of wealth security. Real estate, for the most part holds on to its value and appreciates over long periods of time, even after you account for cyclical market crashes and downfalls.

And with it being a great preserver of wealth, it’s also a great source of passive income in the form of rental income. That’s why, today I’ll be showing you my top 3 places to buy investment real estate.

This post isn’t for the ultra rich or even the wealthy. It’s going to be aimed at the majority of people in developed economies. Investment property is no longer something only the rich can have and it’s no longer something you get after securing your own home to live in.

Why? Because most cities we’re living in are unaffordable. But that doesn’t make that overseas property market is unaffordable to you.

You won’t be buying to live, but you sure can buy to invest or to simply store your wealth in a relatively reliable way.

Since we all know cash in the bank isn’t doing any of us any good.

You got to make that cash go somewhere if you don’t want to lose money!

(You’ll notice I keep using, relatively, comparatively throughout this post because nothing can be absolutely safe or risk free.) Germany might not be the most obvious place to buy an overseas investment property, and it rarely makes it on other lists. BUT I have good reason for this.

More than HALF of all Germans rent long-term or permanently in their adult life. That means every landlord has the potential of getting a very stable passive income stream from their rental property.

The rental market is also extremely stable as is the property market. There are rental caps in place and the market is highly regulated by the government. These might not sound like very attractive things, but we’re talking from the perspective of retirement.

This isn’t property flipping, or some dramatised TV show about buying a fixer upper and making a tidy profit.

We’re looking to buy something that gives a reliable stream of income through retirement without too much hassle and upkeep needed. So, a steady, reliable tenant in a market that is highly regulated is exactly what you want in retirement.

The interest rates are currently low and most Germans are still opting to rent instead of buying. The regulations put in place from the government gives many Germans the confidence to rent long term and gives them little incentive to ever buy. Even when the rates low.

Germany is also the fourth largest economy in the world. The country recovered much faster than most other European countries during the recent 2007 financial crisis and it has a long history of other quick recoveries.

All of this makes your investment relatively safe. And the best part is, there are no specific steps foreigners need to take. There are also no restrictions on land, all you need is to find an agent you can trust.

As of current, you can comfortably buy a 3 bedroom apartment in Berlin for exactly the same price as a micro studio flat in Hong Kong and rent it out for just about the same amount! But the Berlin market is more stable than Hong Kong and you can sleep a little better at night by not worrying about a possible bubble popping…

South Korea is also another country where the majority of people rent instead of owning property. The market environment is very similar to Germany’s environment. However, there are more restrictions for foreign non-resident buyers.

Lands near military bases, heritage sites and natural reserves are restricted. There are also barriers to getting a local mortgage and you’ll best get one with your own bank as an overseas mortgage instead.

But even with the restrictions, the taxes are comparatively low, the stamp duty is also low and foreigners enjoy the same tax rates as resident owners.

Rental income tax is also very low depending on the bracket you land in as well as the property type you buy.

With the stability of it’s economy, it’s culture to rent long term and it’s low taxes and fees. South Korea is my 2nd choice on this list.

As of current, you can buy a family sized apartment in Seoul for as little as 300 million won, which would be around 270,00 USD. The prices are very low for all the comparative markets in Asia like Taipei, Hong Kong or Tokyo.

Ok, so this one is also not an obvious choice for most people. It doesn’t have a renter culture, and the real estate market is arguably rather expensive.

But the government doesn’t discriminate against foreign buyers. There are almost zero restrictions and the only difficult part of buying in UK is getting a mortgage, which is easily taken care of by getting one with your own bank, back at home instead.

Other than the encouraging policies, the UK has seen a sharp increase in long term renters. And this is only going to continue in the future as more young people are being priced out of the market.

UK’s strong social welfare system is very well developed and established in the country. The system won’t disappear and so the state will continue to fund, subsidise and pay for various demographics in society. What this means is,  you get reliable tenants that are able to pay rent on time, every time.

All of this creates the perfect storm to attract waves upon waves of international students. All of which, need a place to sleep at night. The best part about this demographic is the locations you can buy property in.

Universities are dotted all around UK, many in cheaper areas. This makes property a lot more cheaper than, say London. So you have cheap property, a steady stream of renters and a customer base that can reliably pay.

All of that makes UK my number 1 spot to buying an overseas investment property. 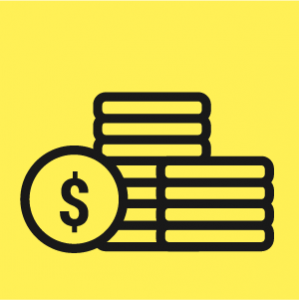