There’s no other way to put it. It’s a hard path taken by only a few, and of which only fewer end up sticking through it. Entrepreneurship can feel like a rollercoaster ride. The highs and lows come fast and the lows hit hard when you least expect them to. It’s like having bipolar, but I can safely say I have a better grasp on my bipolar than I do with entrepreneurship sometimes. (They don’t call bipolar the CEO disease for nothing)

And although I’ve made a firm decision of taking this path with no intentions of going back, there’s moments where I doubt everything. I’m not going to lie and say this has been a complete walk in the park. It hasn’t. I wrote a post about the infinite game of entrepreneurship I play because of this decision. Where the highs and lows are just smaller finite games within the bigger infinite game I play.

The wins and loses from smaller games are the highs and lows many talk about. It’s the emotional toil of constant change and never having the benefit of blaming someone else. This is what makes entrepreneurship hard. It’s not the late nights, the constant learning or testing and retesting. It’s the realisation that you are the cause for everything that happens. It can feel overwhelming at times, you don’t have a prebuilt system to work in.

There are no systems in place that you just adopt and there’s no one you can turn to when something goes wrong. I think that’s why most internet marketers are avid buyers of online courses, seminars, and weekend forums. We’re all just secretly hoping for someone to give us instructions so we can simply work.

Though that may be the case if you’re lucky enough to find the write person to learn from, but for the most of us there’s going to be a lot of trial and error. Even if you have a great mentor, you cannot avoid failure when you’re an entrepreneur. Failure and entrepreneurship go hand in hand, they’re part of the same organism and one doesn’t exist without the other. Success and entrepreneurship on the other hand are like destined lovers that may or may not have fate let them stay together. (I’m hoping success doesn’t become “the one who got away” for you or for me.)

As melancholy as that sounds, entrepreneurship has given me many positive things. I will never deny that, and it’s also the reason why I can’t see myself doing anything else. The positives far outweigh the negatives for me, but it still hasn’t been easy and still continues to challenge my self-belief on a regular basis.

And that’s what I want to talk about today. The importance of self-belief when you’re walking the path less trodden on. I’m not going to say entrepreneurship, because I think self-belief is needed for anything that hasn’t been done, or isn’t done often. It just so happens the overgrown wild path I’m walking along is called entrepreneurship, but this applies to everyone who’s going through a bit of self-doubt because their belief system is wavering. 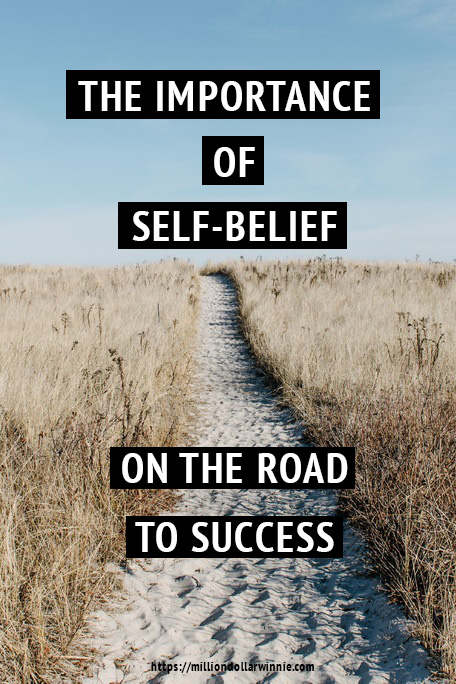 Logically, I KNOW results take time. I KNOW failure and mistakes are unavoidable. I KNOW I won’t have the answer every time. I KNOW not everyone is going to believe in me. I know all of this and then some, but emotionally I still experience those moments of self-doubt. And I think it’s these exact moments that make or break a person. A lack of self-belief could mean never meeting or staying with success. It’s what makes paths less trodden on, forever less trodden on.

Self-belief is pretty fickle, it’s essential your perceived sense of self and nothing more. Sounds rather straight forward, but then you need to consider what makes up a person’s perception of ones self and the answer is a plethora of factors and variables. Many of which, are also subjected to our own perceived importance.

I’m basically saying it’s all in your head guys.

And depending on your attitude, that could make you cry or excited. For me, it makes me excited. Because it means I can decide when to stop doubting myself and actively choose to believe in myself. Though as optimistic as that is, it doesn’t mean I don’t struggle with self-belief, because making yourself feel anything on demand isn’t exactly possible.

But you can do things that help.

I struggle with self-belief the most when I let myself hear the nay-sayers too much, or if I give other people’s opinions too much weight. The easiest solution is to cut these people out so they don’t effect you. If you can’t completely cut them out, then you need to at least find ways to distance yourself when needed. Be it physically or emotionally.

I did this in the beginning because I found the majority of people I knew didn’t understand or support the idea. To this day, they still have reservations about passive income online. They simply don’t believe it and refuse to accept it’s possible, but not everyone has been like that and some nay-sayers have already changed their opinions towards what I do. (Internet marketing is still very new to Hong Kong, a lot of people haven’t ever heard of it before I told them)

But I’m not going to deny the amount of pressure I feel to prove these non-believers wrong. I still feel this pressure from time to time. Not nearly as much as before, since I’ve learnt the hard way that you simply can’t please some people no matter what you do. Before, I would constantly compare (I know, super unhealthy) and find myself getting impatient for a big windfall of success. Obviously that hasn’t happened yet.

What has happened is a change in attitude from myself. I’m no longer looking for success to prove people wrong. I’m looking for success for myself, and this has helped me tremendously in terms of not letting others effect me. I remind myself what my actual end goal is and understand everything else is a distraction.

The above pretty much sums up the root cause for my moments of doubt: Caring too much about what others think

But your reasons of doubt that cause you to lack self-belief could be anything. Only you would actually know, and this is when you have to be brutally honest with yourself. Start being more mindful of your emotions and take note on when they occur. Is there a pattern to it? Are there triggers in the environment? Do you tend to react a certain way whenever x happens?

Take the time to identify what makes your self-belief waver, because this is the first step to deciding whether you’re going to let your level of self-belief dictate your attitude towards your less trodden path. I helped strengthen my self-belief over time, by being honest with myself. I think a bit of honesty could help a lot of people not give up and finish the path they started on. 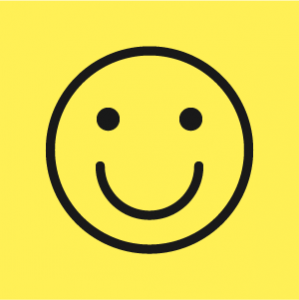